The many divisive yet lasting ironies of taking a stand…by sitting. 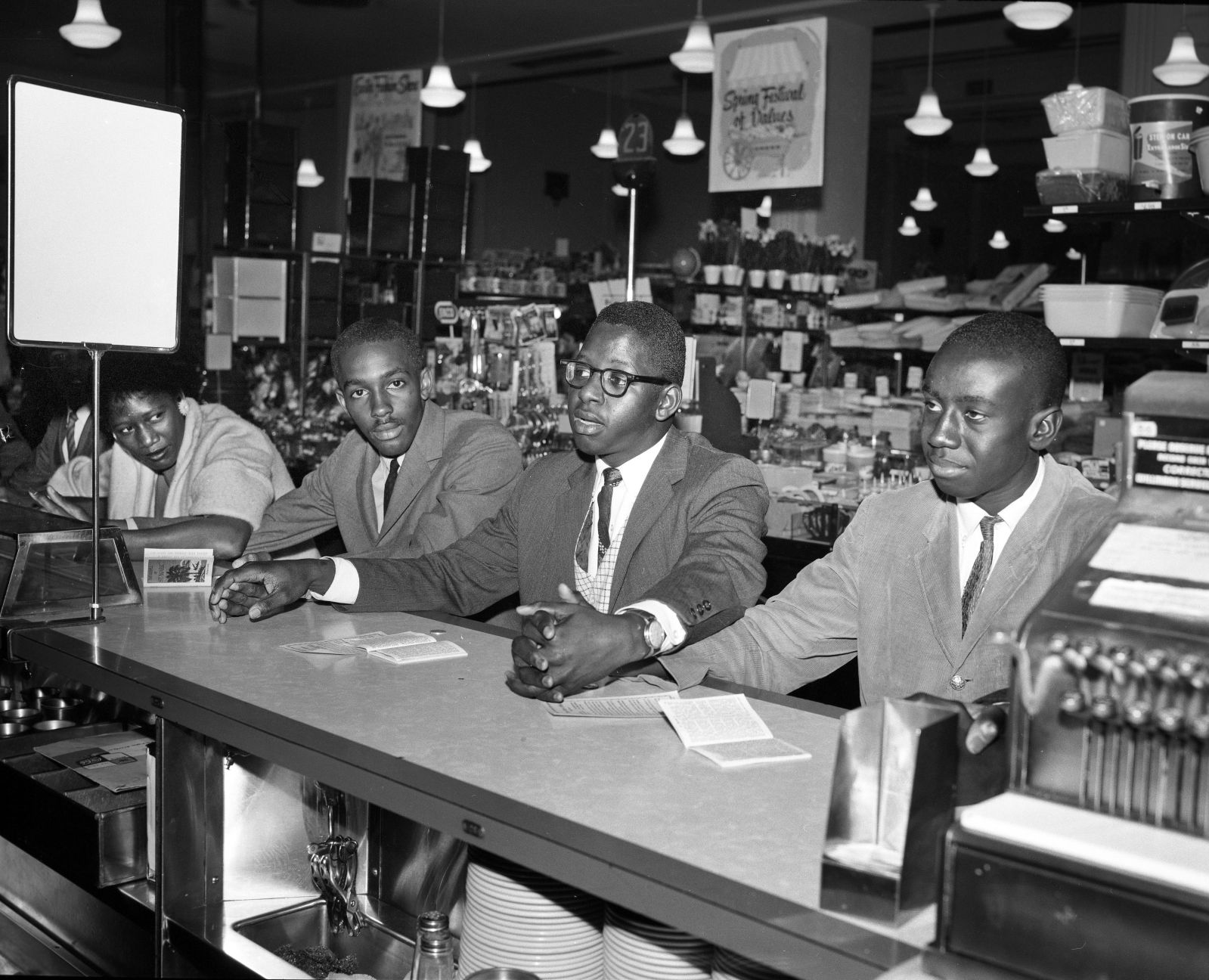 It was 1960 when Harvey Gantt choose to sit at the Kress counter at King and Wentworth Streets downtown Charleston, a place previously off limits to black men and women. This was called the Kress sit-in, part of a nation wide civil rights movement that set off a tsunami across the south.

There is a divisive irony within Colin Kaepernick’s public display of objection. He choose to sit while others stood. Maybe for different reasons than Harvey, maybe hoping for different results? Yet, we find the same act of defiance well within the rights of any American. Or are we really free? Jesse Williams pondered that same thought, “But freedom is somehow always conditional here. “You’re free,” they keep telling us. But she would have been alive if she hadn’t acted so… free.”

We find this irony emerging within intersection of the flag and the very freedom Colin is exercising. The many men and women (military and civilian) who have fought to provide that very freedom might find his lack of salut less than patriotic. Yet, isn’t that very freedom to exercise our beliefs and expression the moral fabric that was sown stitch by stitch into our American flag? Aren’t those historic moments of service and patriotic triumph give us the inalienable right to speak without recourse?

I wonder…I am hearing this is a time when we want our political leaders to speak the truth and “tell it like it is”? Maybe we just don’t want to hear it? Maybe? Or is Colin’s expression one of divisive intention meant to challenge the groundswell of emotion bubbling up for years, representing the oppression of the black community?

I remember being asked to attend a Call Me Mister summit at Clemson University inside Tillman Hall where the keynote speaker was Harvey Gantt. I was the only white person in the room, choosing to sit in the back. I remember realizing, for just a small fraction of time, what it might have felt like to be Harvey Gantt, when he walked into this same auditorium as the only black man in the 1960’s, yet I will still never know.

To be a black man, seeing your black brothers and sisters across America being racially profiled, shot, killed, living directly in the cross hairs…I can’t even imagine. I can’t imagine the pain and anger black men felt walking past the SC Statehouse bearing the Confederate Battle flag, a symbol flown vigorously in their faces as a reminder of status and oppression. Many of my friends would frown upon the notion to consider this point-of-view in their everyday southern life, yet…we are still just white men…privileged. I think the flag is historical, remembered for it’s prideful place in American history.

As we turn back to Colin…I wonder, what made him sit? What pushed him over the edge to not stand, but to stay seated when honoring the nation’s flag? What has happened in his personal life? Is it that he bears the color of skin that represents hundreds of years of slavery in America, does he feel his voice is oppressed, or is it merely he has been moved to make a public statement because of someone he knows personally has been profiled, hurt, shot, killed, or marginalize. I am not sure we will ever know, but his voice should not be marginalized. Why? Maybe because the American flag stands for something bigger than just patriotism. I still have many questions, many points-of-view to read and consider.

I am thankful to live in a nation that provides us the space to express, sharing freely what we deeply hold true. Would we rather Colin just hike the football and play by the rules, or share and express when there is an opportunity for a larger discussion? Some would say the gridiron is not the platform, I guess we can keep on laughing when someone streaks across the field or even get mad when a major network cuts away from a coach’s after game speech when giving claim to his faith. Expression is a funny thing.

We celebrated Carmelo Anthony, Chris Paul, Dwyane Wade, & LeBron James opening segment at the 2016 ESPY’s. They physically took a stand with a huge platform. What is so different with Colin’s statement and platform? Is it because it is the flag? The American flag? We are always reminded when those who briefly slip not to honor, get caught in the media crossfire. Gabby Douglas knows this too well.

Harvey Gantt went on the become the first black man to attend Clemson University. He graduated as an architect and went on to become mayor in the City of Charlotte. I later worked with his daughter, one of the most amazing women in the broadcast television industry. His legacy has and will continue to have a lasting impact.

So how about Colin? Where will this choice to sit allow us to seek deeper discussion? How will American fruitfully discern during a polarized conversation? Will we grow or will we just keep standing upon our ground not willing to consider another point-of-view. Have we come a long way since the Freedom Riders or is the same conversation, different time, different context when sitting is the show of “enough is enough”?

I leave you will an amazing speech by Jesse Williams this past June 26, 2016 at the BET Awards. He says it oh so well.