One of the more interesting moments in Cange, Haiti happened completely out-of-nowhere, literally. While were in Haiti, everyone had a motorcycle or a dirt bike. Haitians would ride three and four at a time on these dirt bikes.

At first I was a little taken back when I watched a family of five ride past me on a dirt bike, but I slowly adapted to this method of travel. But when I noticed two men walking down the mountain to the road with a casket, I was not expecting what happened next!

First of all, the men were smiling and laughing…so I assumed there was nothing in the casket? Well…I have no idea. Even the contents of this story surprise me. Was they made their way to the road from the step hill, what happened next was amazing. There was a dirt bike waiting in the middle of the road, and I thought…there is no way!

The Haitians have tremendous balance, carrying large items on their heads. But this balancing act I will never forget…the day a dirt bike carried a casket and two other men up a mountain. #HaitianMoment 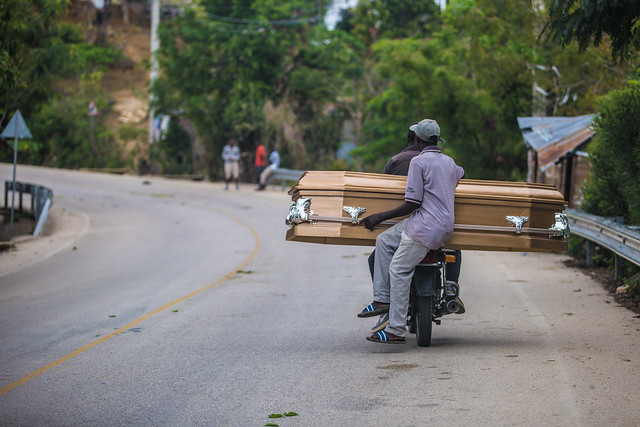